The Learjet 75 is among the latest Learjets being developed by Bombardier Aerospace. The Learjet 75 features new avionics, winglets and more powerful fuel efficient engines. It is based on the Learjet 40 and 45 with modifications incorporated to improve performance.

The Learjet 75 is among the latest Learjets being developed by Bombardier Aerospace. The Learjet 75 features new avionics, winglets and more powerful fuel efficient engines. It is based on the Learjet 40 and 45 with modifications incorporated to improve performance. 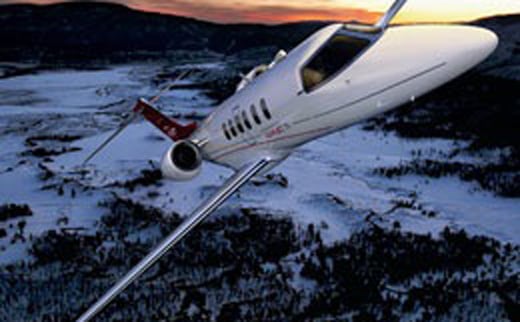 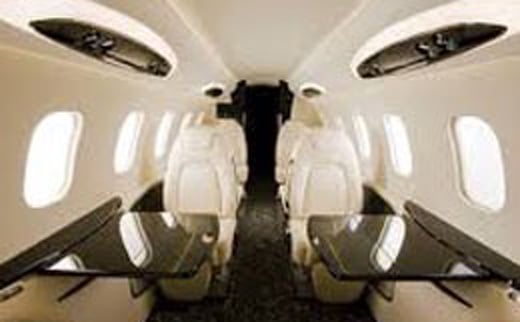 The average hourly rental rate of the Learjet 75 is around 3,250 USD per hour.

More about the Learjet 75

The Federal Aviation Administration (FAA) granted type certification to the Learjet 75 in November of 2013, and deliveries for the model began shortly after. The airframe of the Learjet 75 is based on the Learjet 45, but the aircraft features comprehensive upgrades such as newer engines, winglets, and upgraded avionics for improved performance. Amenities included in this private business jet are; a belted lavatory capable of accommodating a passenger, a full galley, and an in-flight entertainment system.

Key Features of the Learjet 75

The cabin of the Learjet 75 is typically configured to accommodate six to nine passengers. The cabin of the Learjet 75 measures 19.8 feet in length, reaches 4.9 feet in height and stretches a maximum width of 5.1 feet. This private business jet features 65 cubic feet of baggage storage. While only 15 cubic feet of storage is accessible in flight, the remaining 50 cubic feet of external storage space is heated. Sixteen windows surround the cabin, providing ample light for a relaxing flight. With its cabin pressure differential, the Learjet 75 is capable of maintaining a cabin altitude of 8,000 feet at its maximum certificated service ceiling of 51,000 feet. This private business jet is also capable of providing a comfortable cabin altitude of 6,300 feet at an altitude of 43,000 feet.

Capabilities of the Learjet 75

The avionics system selected for the Learjet 75 is the Garmin G5000 glass integrated avionics suite. Incorporated into this highly advanced system are three touchscreen high-resolution 14.1-inch display screens, which work in conjunction with 5.7-inch controllers for intuitive control. Each display screen is capable of functioning independently as either a primary flight display (PFD) or a multifunction display (MFD) and features a multi-pane mode to display PFD and MFD information side by side. One feature of this suite is the Bombardier Vision synthetic vision technology, which can be synced to a heads up display for the pilots to see additional information regarding their environment. Other systems incorporated in this suite include automatic flight guidance and control systems, a digital audio system, dual flight management systems (FMSs), a solid-state weather radar, and a graphical flight planner.