The Learjet 70 is based on the Learjet 40 and has an improved range because of new Honeywell engines and upgraded winglets.

The Learjet 70 is based on the Learjet 40 and has an improved range because of new Honeywell engines and upgraded winglets. 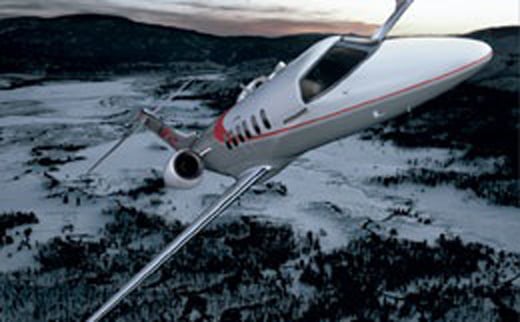 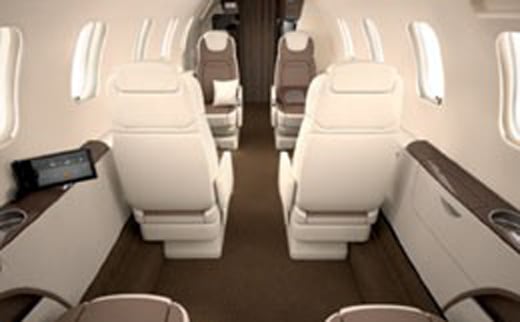 The average hourly rental rate of the Learjet 70 is around 3,250 USD per hour.

More about the Learjet 70

The design for the Learjet 70 comes from several sources; the concept for the airframe design was derived from the Learjet 40 and 45 models while the canted winglet design comes from the Bombardier Global 7000 and 8000 models. The Learjet 70 received Federal Aviation Administration (FAA) certification in November of 2013. Amenities incorporated in the design of the Learjet 70 include a larger galley, an executive tabletop, pop up monitors, and a full private lavatory.

Key Features of the Learjet 70

The cabin of the Learjet 70 is typically configured to seat six passengers, but a seventh passenger may be accommodated with seating provided by a belted lavatory. The seating is typically arranged in a forward-club formation, consisting of six seats with built-in storage available in the cabin. The cabin of the Learjet 70 measures 17.67 feet in length, reaches 4.92 feet in height, and stretches a maximum of 5.08 feet in width. This private business jet features 65 cubic feet of baggage storage. For passenger convenience, 15 cubic feet of storage is accessible in flight. The pressurization system found on the Learjet 70 is capable of providing a sea-level cabin altitude at an altitude of 25,700 feet and is capable of providing a maximum 8,000-foot cabin altitude at its maximum certificated service ceiling of 51,000 feet.

Capabilities of the Learjet 70

The Learjet 70 comes equipped with two Honeywell TFE731-40BR engines. Each engine is rated at 3,850 pounds of thrust at takeoff. At an airport with a sea-level elevation, the Learjet 70 requires only 4,440 feet of runway to take off on a standard day at maximum takeoff weight. With four passengers at maximum landing weight, the Learjet 70 needs just 2,660 feet of runway to land at sea level on a standard day. The Learjet 70 features an initial cruising altitude of 45,000 feet, which it can achieve at maximum takeoff weight. The maximum certificated altitude is 51,000 feet. This private business jet is capable of maintaining a high-speed cruise airspeed of 465 knots.

The avionics system selected for the Learjet 70 is the Garmin G5000 integrated avionics suite. Three fourteen-inch touchscreen high-resolution displays are utilized in this system to display pertinent flight information. The flight deck of the Learjet 70 features paperless capabilities as important checklists, charts, and other required and important documents can be downloaded and shown on the display screens. Instrumentation incorporated in this avionics suite includes dual flight management systems (FMSs), traffic collision and avoidance system II (TCAS II), a digital audio system, a solid-state weather radar, and Dual WAAS GPS with LPV and RNP approach capability. Also incorporated in the design of the flight deck of the Learjet 70 is the Bombardier Vision synthetic vision system (SVS). This system allows for VFR-standard visibility in IFR situations, allowing for increased pilot situational awareness and enhanced safety both in the air and on the ground.