The Bombardier Learjet 45, known for its headroom and shoulder room, provides a maximum of seven passengers with one of the longest ranges in its class.

The Bombardier Learjet 45, known for its headroom and shoulder room, provides a maximum of seven passengers with one of the longest ranges in its class. 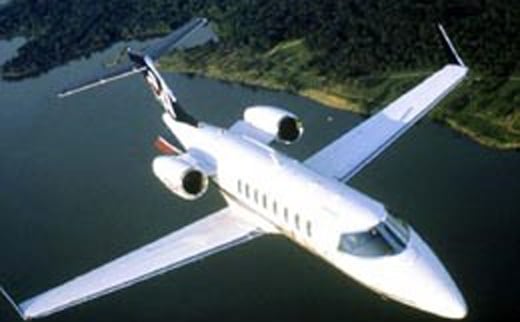 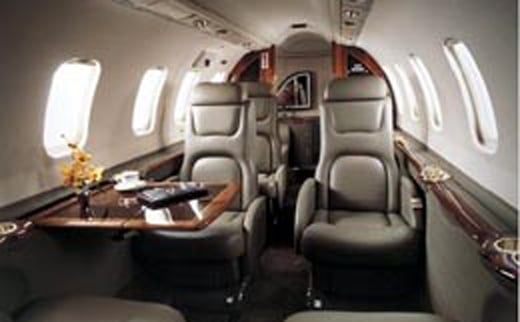 The average hourly rental rate of the Learjet 45 is around 4,050 USD per hour.

More about the Learjet 45

Bombardier acquired Learjet in 1990 and at the US National Business Aircraft Association's annual convention in September of 1992, the corporation announced the development of the Learjet 45. The first flight of the Learjet 45 occurred on October 7, 1995, coinciding with the anniversary of the original Lear 23. Federal Aviation Administration (FAA) certification followed in September of 1997, with the first delivery occurring in January of 1998. The Learjet 45 underwent several design modifications in its early life, to include single piece flaps, a larger rudder, and smaller delta fins. Amenities featured in the Learjet 45 include a galley and a full lavatory.

Key Features of the Learjet 45

The cabin of the Learjet 45 is set to accommodate eight passengers, typically in a double club layout, with comfortable chairs and enough room to swivel, recline, and track. The cabin of the Learjet 45 measures 19.8 feet in length, reaches 4.9 feet in height and stretches a maximum of 5.1 feet in width with a floor width of 3.1 feet for a total cabin volume of 375 cubic feet. This private business jet features 65 cubic feet of baggage storage, fifteen of which is accessible in flight for passenger convenience. Capable of accommodating 670 pounds of luggage, the Learjet 45 offers plenty of capacity to fit your baggage needs. With a maximum cabin pressure differential of 9.4 psi, the Learjet 45 is capable of maintaining a sea level cabin altitude at an altitude of 25,700 feet. Sixteen windows surround the cabin, providing a light atmosphere perfect for either work or relaxation.

Capabilities of the Learjet 45

The avionics system selected for the Learjet 45 is the Honeywell Primus 1000 avionics suite. Incorporated in this suite are four display screens. Two of these screens function as primary flight displays (PFDs) while the remaining two serve as multifunction displays (MFDs). The engines feature a full authority digital engine control (FADEC) system, allowing for maximum engine efficiency and performance while reducing pilot workload and operating costs.