Charter a Private Jet to the US Open Tennis

Three tournaments in other corners of the world lead up to it.

Then, the French Open in May and June.

Wimbledon is played on grass in June and July.

And, at summer’s end, the best players in the world swing their rackets at the fourth and final Grand Slam tournament, the U.S. Open. Held in August and September every year, it draws a million fans over the course of two weeks of competition at the Billie Jean King National Tennis Center in the New York City borough of Queens.

We Can Get You There

Paramount Business Jets can arrange a flight into any one of several airports located near the 46-acre Flushing Meadows tennis complex.

Get a Quick Quote Online and Book
Your Jet Early!

Booking early has many advantages. Enter a few details below to start planning your private jet flight to the US Open Tennis.

The nearly 50-acre complex became the home of the U.S. Open after incoming United States Tennis Association President W.E. Hester spotted the underused Louis Armstrong Stadium on a flight into LaGuardia in 1977.

The stadium, built as an assembly pavilion for the 1964 World’s Fair, was named Singer Stadium after the sewing company that agreed to pay for it and host its fair events. It held the fair’s opening ceremonies, which were presided over on a rainy day by then-president Lyndon B. Johnson and Nelson Rockefeller, the governor of New York.

In following years, it was used for concerts – including the famous 1968 concert in which the Who opened for the Doors – Olympic trials and boxing tournaments.

But the financial crisis of the 1970s forced the stadium to be almost abandoned by the New York City Parks Department, which had no funding for upkeep and repairs.

Enter USTA’s interest in the property and the late Dave Oats, who had been an activist for Flushing Meadows since the world’s fair. Together, they worked to get the stadium refurbished and renamed after Louis Armstrong, the New Orleans-born jazz trumpeter who made Queens his home. He died there in 1971. 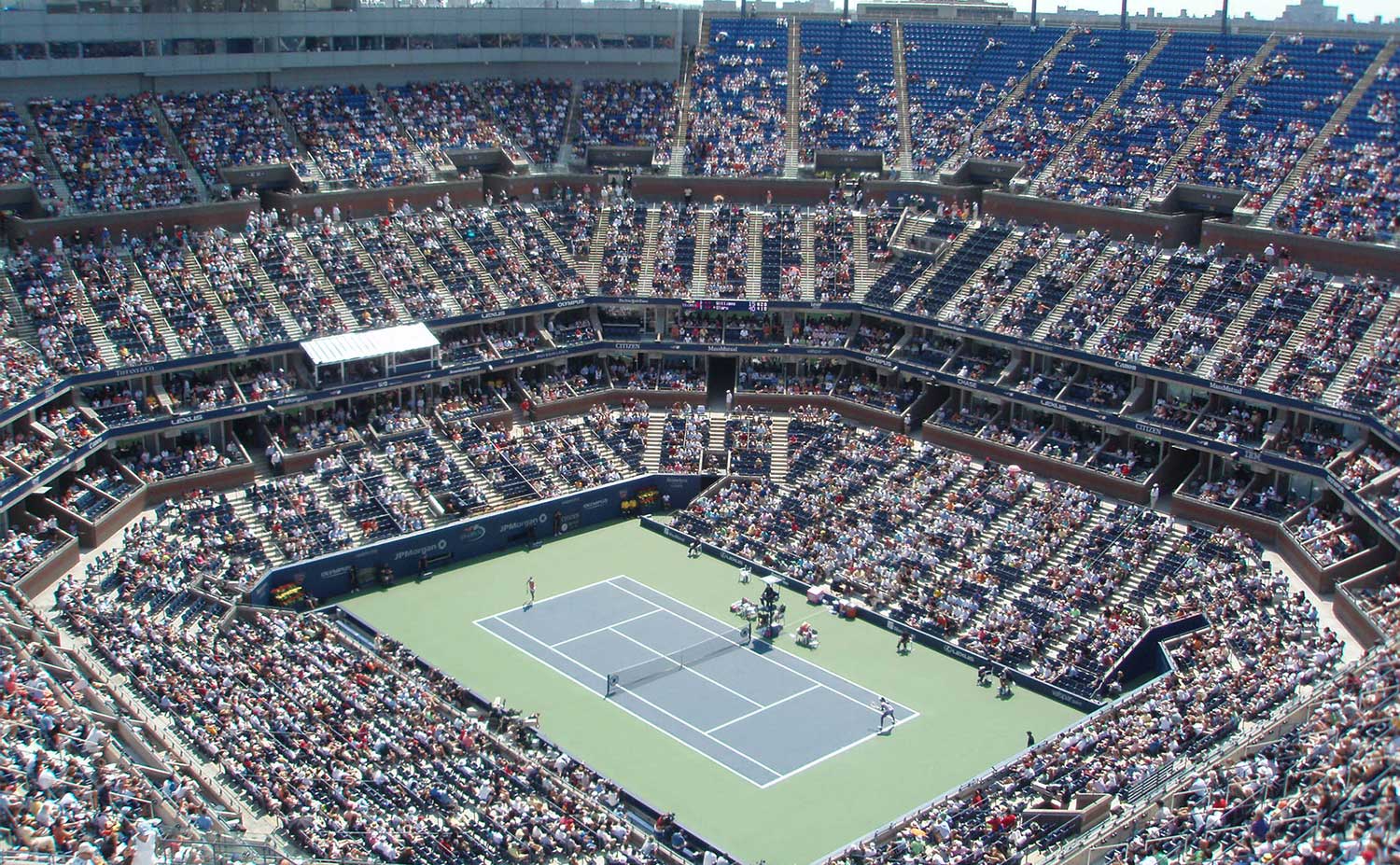 In 1997, the Arthur Ashe Stadium was built, becoming the No. 1 tennis venue in Flushing Meadows. Named after the first player to win the Open after professionals were allowed to compete in 1968, Arthur Ashe seats nearly 23,000.

Improvements continue to be made to the Billie Jean King National Tennis Center. The world’s largest retractable roof over a tennis stadium – 250 feet by 250 feet – is being put on Arthur Ashe, the world’s largest tennis stadium. It is expected to be completed for the 2016 Open. It will only be used in case of rain and, even when closed, will allow visitors sweeping views of Manhattan from its upper promenade, an important consideration of tennis center officials.

And, a brand new Louis Armstrong Stadium is expected to be finished in 2018.

Amaze your friends with this U.S. Open trivia: